When Co-Dependency Makes You Feel Lonely

There are two sides to a co-dependent relationship. Sometimes more. If you’re in a co-dependent relationship, and you’re the person who gives, gives, gives, it can be lonely. The person you’re supporting doesn’t reciprocate and doesn’t really connect with you because everything is all about them. It can be lonely to go through life tethered to another human being for all the wrong reasons. 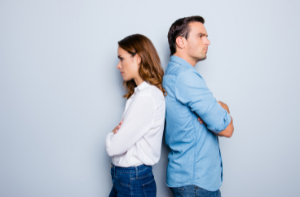 The Need to be Needed

Emily is in a co-dependent relationship with Devon. She gives Devon all the emotional support and comfort he could possibly want, which is fine, except Devon doesn’t reciprocate. Devon soaks up all the caring Emily gives him, and he grows to need it so much he really can’t function well without Emily.

If you’re like Emily, you need to be needed. You are the one who tries to solve all your friends’ problems. You’re more than just a fixer; you feel obligated to assume others’ burdens. Empathetic to a fault, you feel bad if you can’t make things right for other people. And you feel guilty and anxious when you don’t. It’s a need that can make you feel unfulfilled and alone.

Emily grew up in a dysfunctional family that was in a constant state of chaos. She learned early on that she was valued only for what she could do for her narcissist father, not for who she was. She grew up thinking she was not good enough for her perfectionist parents and her resulting low self-esteem, anxiety, and depression stayed with her into adulthood.

On top of that, Emily was well endowed with emotional intelligence, which makes her very aware of how other people feel. It’s a wonderful gift, but Emily took it too far. She empathized so much that she tried to live her friends’ lives for them. She felt it was her duty to fix their problems. So instead of giving her a sense of connectedness with others, her empathy left her with anxiety and a long to-do list. And it left her feeling lonely.

Emily had an unhealthy need to involve herself in solving other people’s problems which left her feeling emotionally isolated. Once she realized what she was trying to do and why, she was able to recognize some behavior that made her feel less obligated and less lonely.

Emily recognized that she couldn’t solve everyone’s problems, and whatever she did, she would always come up short, as she did with her perfectionist parents. It seemed like a never-ending cycle of failure until Emily decided to set some boundaries to live a healthier life.

When Emily found the strength to see her relationships objectively, she was able to step back a bit and let go. It was a healthy thing for her and for her friends.

Nancy Travers is an Orange County Counseling professional. If you need safe, effective counseling services, please get in touch. You can reach her here: https://nancyscounselingcorner.com/contact